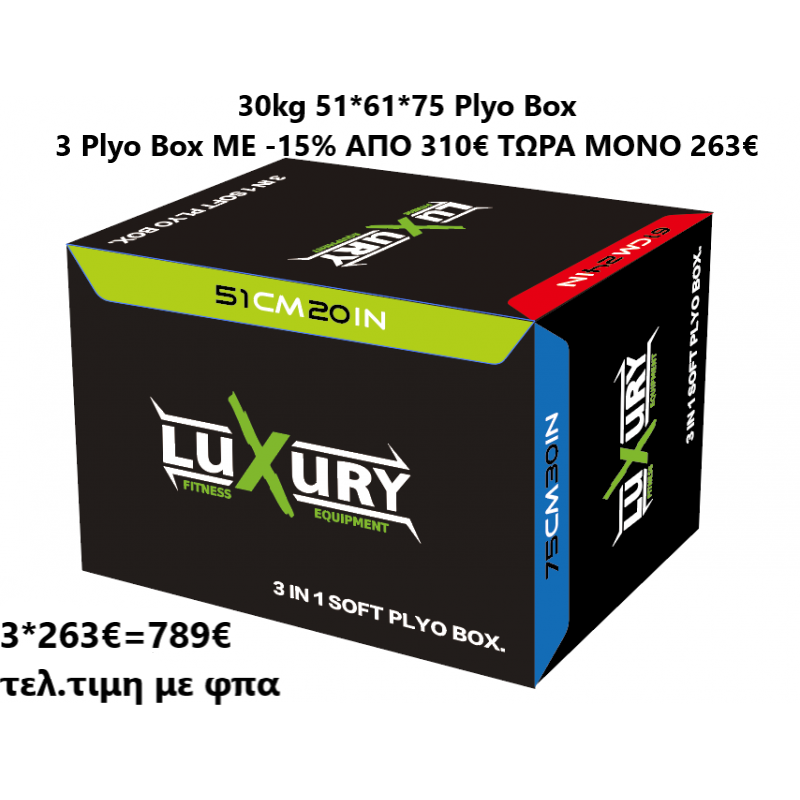 The only soft plyometric box on the market 30kg. 30 kg compared to 15 kg, which is all the plyometric boxes on the market, adds twice as much safety to jumping and twice as much stability compared to all the others! Any size athlete can use the box without fear of it rolling. It can be used in functional, plyometric and dynamic movements, as well as it can be used in various ways. Due to its construction (51*61*75) it is like having 3 boxes in 1 and depending on the capabilities of the athlete we adjust the height of the box. It is made of dense foam and plastic casing as a second layer and its exterior consists of a non-slip surface so that the athlete is not in danger of slipping after the jump. Compared to traditional boxes made of hard wood, or wood and eva material, the possibility of injury is almost zero after a miscalculated jump due to its soft surface.

- Material made entirely of eva

13 other products in the same category: